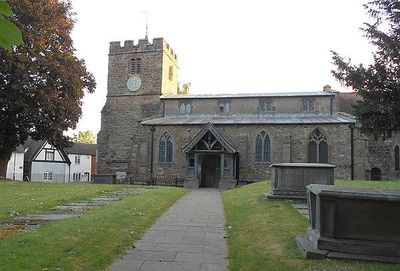 Clifton-upon-Dunsmore is a village and civil parish in the Rugby borough of Warwickshire in England on the north-eastern outskirts of Rugby, approximately 2 miles from Rugby town centre. The population of the parish taken at the 2011 census was 1,304.
Clifton bears the distinction of being the most easterly village in Warwickshire . The village is located on a fairly steep hill, which at its highest point elevates to 400 feet above sea level. The Oxford Canal runs past at the foot of the hill to the south-west. To the north of the village is the River Avon.