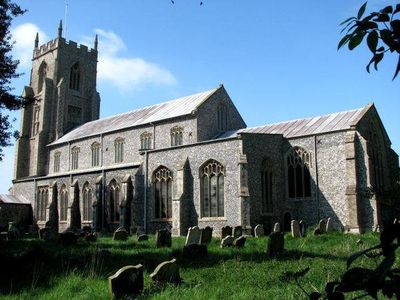 North Elmham is a village and civil parish in the English county of Norfolk.
It covers an area of 7.41 sq mi and had a population of 1,428 in 624 households at the 2001 census, including Gateley and increasing slightly to 1,433 at the 2011 Census. For the purposes of local government, it falls within the Elmham and Mattishall division of Norfolk County Council and the Upper Wensum ward of Breckland District Council. The village is located along the B1145 a route which runs between King's Lynn and Mundesley.

The village is about 5 mi north of East Dereham on the west bank of the River Wensum. North Elmham was the site of a pre-Norman cathedral, seat of the Bishop of Elmham until 1075.