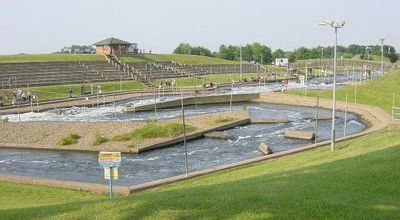 Holme Pierrepont is a hamlet and civil parish located 5 miles south of the city of Nottingham in Nottinghamshire, England. It is in the Gamston ward of the Rushcliffe local authority in the East Midlands region. The population of the civil parish as at the 2011 Census was 528.
The word "Holme" comes from the Old English and Old Norse words for a small island or low-lying land by a river. "Pierrepont" is French for "Stone Bridge", and is the surname of an Anglo-Norman family that once held the manor.