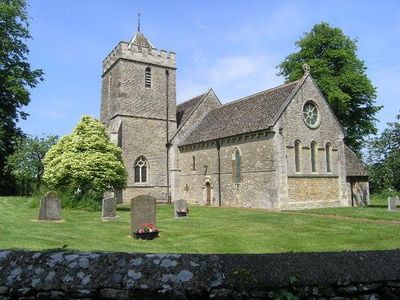 Stoke Lyne is a village and civil parish about 4 miles north of Bicester, Oxfordshire in southern England.

In AD 584 a Saxon army led by King Ceawlin of Wessex and his son Cutha fought an army of Britons "at the place which is named Fethan leag". Cutha was killed but his father Ceawlin won "many towns and countless war-loot". A 12th-century document records a wood called "Fethelée" in a reference to Stoke Lyne, so it is now thought the battlefield was probably near here.