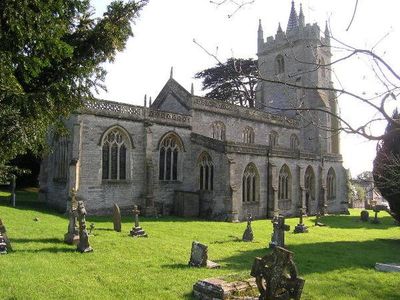 West Pennard is a village and civil parish east of Glastonbury, situated at the foot of Pennard Hill, in the Mendip district of Somerset, England. The parish includes the hamlets of Coxbridge and Woodlands.

The manor was granted to Glastonbury Abbey by the king of the Mercians in 681, and was held by the Abbey until the dissolution of the monasteries in 1539. It was then granted to Edward Seymour, Duke of Somerset in 1547 until his execution when it reverted to the Crown and leased to successive members of the Rogers family until 1628 when it was sold to Thomas Howard, Earl of Berkshire.