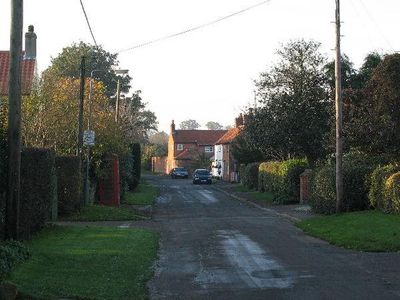 Syerston is a small Nottinghamshire parish about six miles south-west of Newark-on-Trent, which is bisected by the A46 trunk road. It contains 179 inhabitants in seventy-three households which are almost all in a settlement to the east of the road.
The parish is bounded on the north-east by Elston, on the south-east by Flintham and to the east by Sibthorpe. Its southern boundary is the supposed pre-historic trackway called Longhedge Lane.

The Highways Agency constructed in 2011/12 a new seventeen miles long two-lane dual carriageway from the A606 two level junction at Widmerpool to an improved roundabout at Farndon. This passes through the parish between the old A46, which is thought to follow the line of the old Roman Fosse Way, and the settlement of Syerston.