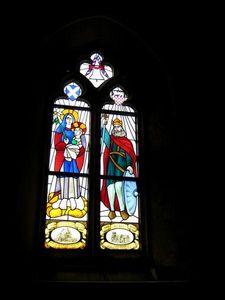 Hardington Mandeville is a village and civil parish in Somerset, England, situated 3 miles south west of Yeovil in the South Somerset district. The village has a population of 585.
The manor was held before the Norman Conquest by Gunhilda, the daughter of Godwin, Earl of Wessex and then by William the Conqueror. during the 12th century it was granted to the Mandeville family, from which the second part of the name is taken. It was later held by the Portmans of Orchard Portman.