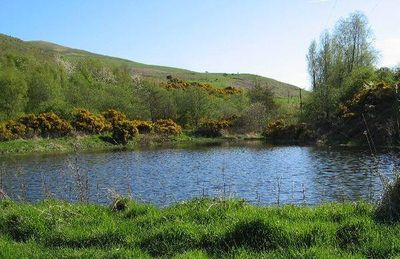 Kilham is a hamlet and civil parish in the English county of Northumberland, located 8.0 miles west of Wooler, 12.0 miles east of Kelso, 17.0 miles south west of Berwick upon Tweed and 38.9 miles north west of Morpeth. It lies on the northern edge of the Northumberland National Park in Glendale. The hamlet, which consists of a small group of agricultural dwellings, is overlooked by Kilham Hill and the northern limits of the Cheviot Hills. The parish had a population of 131 in 2001, and includes the hamlets of Howtel and Pawston, along with the former upland township of Coldsmouth and Thompson's Walls. falling to less than 100 at the 2011 Census. Details are now included in the parish of Branxton

Situated on the border with Scotland, Kilham had a turbulent history. It suffered from repeated Scottish incursions, and was often destroyed and laid waste. The situation was considered serious enough for a report to be made to the Privy Council of England, about a raid in 1597 which had resulted in the death of several villagers. In later, more peaceful times, the area developed into an agricultural backwater, which was gradually opened up by the construction of roads and railways.