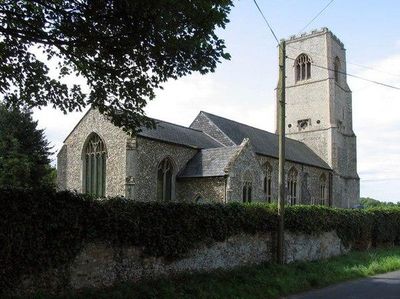 Marham is a village and civil parish in the English county of Norfolk, approximate 12 miles away from King's Lynn. An RAF station, RAF Marham, is situated nearby at Upper Marham.
The village covers an area of 1,485 ha and had a population of 2,951 in 788 households as of the 2001 census, increasing to 3,531 at the 2011 Census.
Marham is a parish of the Kings Lynn and West Norfolk district council, which is responsible for the most local services. Norfolk County Council is in charge of roads, some schools, and social services, and the county councillor for the Gayton & Nar Valley division is Graham Middleton since 2017. For Westminster elections Marham forms part of the South West Norfolk constituency, represented by Elizabeth Truss .