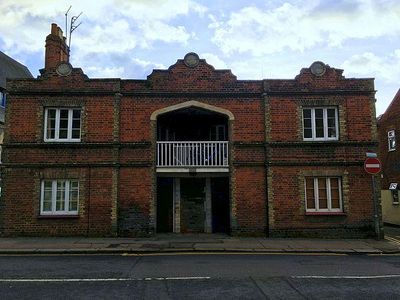 Hertford is the affluent county town of Hertfordshire, England, and is also a civil parish in the East Hertfordshire district of the county. The town has a population of approximately 26,000, according to the 2011 census.
The earliest reference to the town appears in the Ecclesiastical History of the English People, written by Bede in 731 AD, which refers to Herutford. Herut is the Old English spelling of hart, meaning a fully mature stag; thus the meaning of the name is a ford where harts are found. The Domesday Book of 1086 gives a spelling of Hertforde.