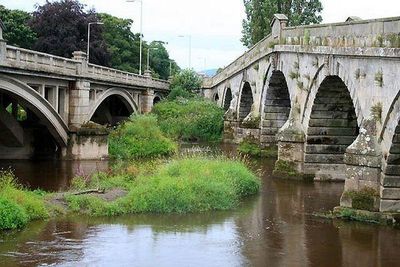 Atcham is a village, ecclesiastical parish and civil parish in Shropshire, England. It is situated on the B4380 , 5 miles south east of Shrewsbury. The River Severn flows around the village. To the south is the village of Cross Houses, and to the north west the hamlet of Emstrey.