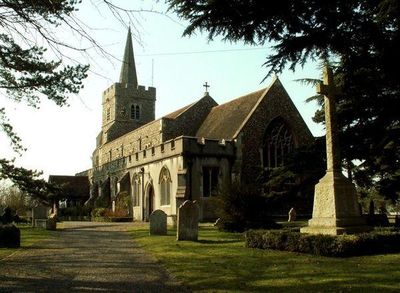 Kelvedon is a village and civil parish in the Braintree District of Essex in England, between the cities of Chelmsford & Colchester. It had a population of 4,717 in 2001, reducing to 3,587 at the 2011 Census. It is now home to several businesses including Knight Group and Lysanda. Brockwell Meadows Local Nature Reserve is south-east of the village between a housing estate and the River Blackwater.

The existing village of Kelvedon has been a settlement since the Early Middle Ages, though it stands near the site of a Roman settlement, probably Canonium. The earliest surviving part of its parish church, St Mary the Virgin Church probably dates to the early 12th century. The village's first school, Ayletts Foundation School, was founded by Thomas Aylett in Maldon Road, Kelvedon, in 1632 when he bequeathed the property along with £10 per annum to provide a salary for a master.