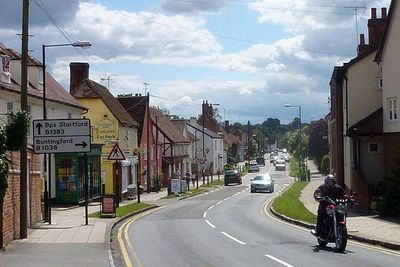 Newport is a large village in Essex near Saffron Walden. The village has a population of just over 2,000, measured at 2,352 at the 2011 census.
Located approximately 41 miles north of London, the village is situated amongst the arable fields of northern Essex. With a regular train service to London Liverpool Street and Cambridge from the Newport railway station, the village is considered to be within commuting distance of the capital and as such attracts a number of workers from the City of London. Joyce Frankland Academy, a comprehensive co-educational secondary school, is also located in the village.