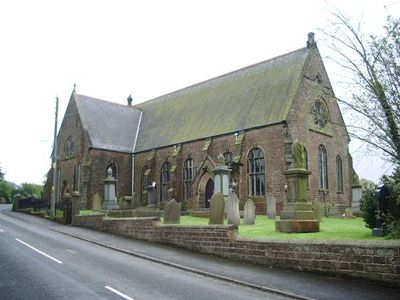 Heapey is a village and civil parish of the Borough of Chorley, in Lancashire, England. The village is two miles from Chorley and on the western fringe of the West Pennine Moors. In 2001 the population was 955, increasing to 1,001 at the 2011 census.
Heapey derives from the Old English heope a rose, or heap a hill and hege a hedge meaning a rose hedge or hedge on the hill. It was recorded as Hepeie in 1219. There are ancient earthworks near Heapey and Roman coins were discovered in 1835.