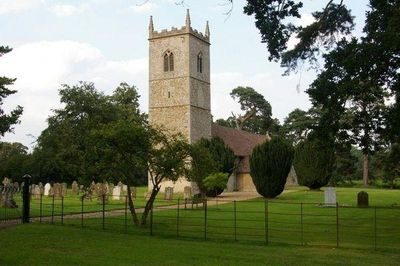 Stradsett is a village and civil parish in the English county of Norfolk The village is 40.8 miles west of Norwich, 11.3 miles south of King's Lynn and 96.4 miles north of London. The nearest town is Downham Market which is 3.5 miles west of the parish. The village is located on the A1122 which runs between Outwell and Swaffham. The A134 between King's Lynn and Colchester also passes through the parish. The nearest railway station is at Downham Market for the Fen Line which runs between King's Lynn and Cambridge. The nearest airport is Norwich International Airport. The parish of Stradsett, in the 2001 census, has a population of 60. For the purposes of local government, the parish falls within the district of King's Lynn and West Norfolk. At the 2011 Census the population remained less than 100 and was included in the civil parish of Crimplesham.

The village and parish of Stradsett is situated in the west of Norfolk. The parish has an area of 543 hectares which is largely devoted to agricultural activity and is dominated by the estate of Stradsett Park. Stradsett Hall is the ancestral home of Sir Jeremy Bagge, 7th Baronet and former High Sheriff of Norfolk. The parish is bordered to the north by the parish of Shouldham Thorpe, west and south by Crimplesham and Fincham to the east