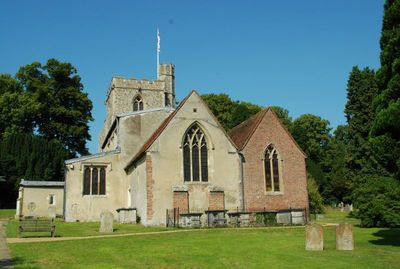 Great Gaddesden is a village and civil parish in Dacorum Hundred in Hertfordshire, England. It is located in the Chiltern Hills, north of Hemel Hempstead. The parish borders Flamstead, Hemel Hempstead, Nettleden and Little Gaddesden and also Studham in Bedfordshire.