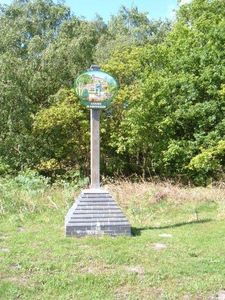 Leziate is a village and civil parish in the English county of Norfolk. The village is 44 miles west of Norwich, 5.7 miles east of King's Lynn and 106 miles north-north-east of London. The Village is located a small distance south of the B1145 a route which runs between King's Lynn and Mundesley. The nearest railway station is at King's Lynn for the Fen Line which runs between King's Lynn and Cambridge. The nearest airport is Norwich International Airport. The parish of Leziate in the 2001 census, has a population of 581, including Ashwicken and increasing to 592 at the 2011 census.
This large parish is in the west of the county located east of the town of King's Lynn. The parish is bordered with Grimston to the north, East Winch to the south, Bawsey to the west and Gayton to the east. There are two hamlets within the parish and they are Leziate and Ashwicken, both these settlements are described as a shrunken village. During the medieval period the village of Leziate was much larger, but the village had shrunk sufficiently by the late 15th century for the parish of Leziate to be united with Ashwicken. The name Leziate comes from the Old English meaning meadow gate, while the name Ashwicken is also derived from Old English and means either place at the dwellings or buildings or place at the ash trees.