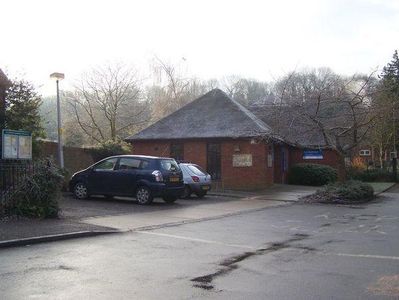 Cuxton is a village in the unitary authority of Medway in South East England. It lies on the left bank of the River Medway in the North Downs. It is served by the A228, and Cuxton railway station on the Medway Valley Line between Strood and Maidstone. A low valley leads up from the river to the hamlet of Lower Bush.

Archaeological evidence suggest the first human occupation was around 200,000 years ago. A hoard of 196 handaxes from the Acheulian era was excavated in 1962. This is now displayed in the British Museum. The name is believed to have developed from "Cucula's stone".