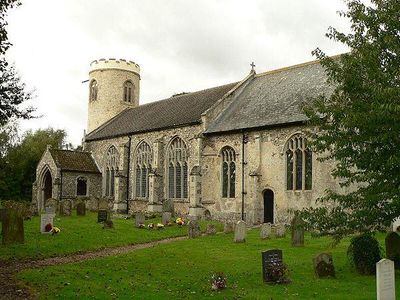 East Walton is a civil parish in the English county of Norfolk.
It covers an area of 10.81 km2 and had a population of 94 in 40 households at the 2001 census. At the 2011 Census the population remained less than 100 and was included in the civil parish of West Acre.
For the purposes of local government, it falls within the district of King's Lynn and West Norfolk.

East Walton is a parish of the Kings Lynn and West Norfolk district council, which is responsible for the most local services, and for Westminster elections it forms part of the North West Norfolk constituency, represented by Henry Bellingham . Norfolk County Council is responsible for roads, some schools, and social services, and the county councillor is Richard Toby Coke .