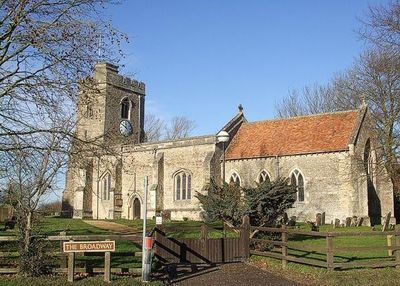 Grendon Underwood is a village and civil parish in Aylesbury Vale district in Buckinghamshire, England. It is in the west of the county, close to the boundary with Oxfordshire and near the Roman road Akeman Street now known as the A41. The village sits between Woodham and Edgcott and has a population of approximately 1500 .

The toponym is derived from the Old English for 'green hill near a wood', though the 'Underwood' part of the name was only added in the medieval period to differentiate the village from nearby Long Crendon and to signify the village's position close to the Bernwood Forest. The Domesday Book of 1086 records the village as Grennedone. The manor of Grendon anciently belonged to the St Amand family. Almeric de St Amand of this family was one of the godfathers of King Edward I, who was baptised in 1239.