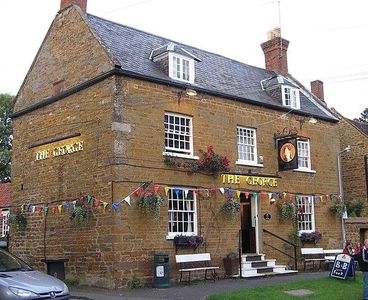 Ashley is a village and civil parish in the Kettering district of Northamptonshire, England, about 4 miles northeast of Market Harborough, Leicestershire and 5 miles west of Corby. The population of the civil parish at the 2011 census was 224. The village is near the River Welland, which forms the border with Leicestershire. The Roman road called Via Devana in the part from Ratae to Duroliponte ran just north of the village.

The village church is dedicated to St Mary and was mostly rebuilt by Sir George Gilbert Scott at a cost of £2,000 in 1867 for the Rev Richard Pulteney, rector 1853-74 and also the Squire.