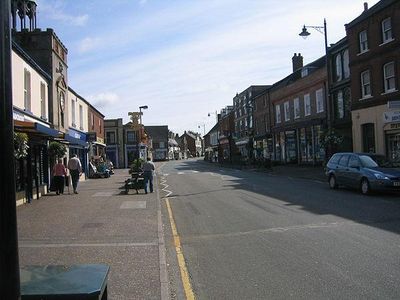 Watton is a market town in the district of Breckland within the English county of Norfolk, about 28 miles by road southwest of Norwich and 14.5 miles northeast of Thetford. The annual Wayland Agricultural Show in western Watton is one of the oldest one-day agricultural shows in England.

At the time of Edward the Confessor, Watton consisted of two manors, the head manor held by the freewoman Aldred, and the other held by Ralf FitzWalter, which was a gift of the King. By 1139 it was in the possession of Robert de Vaux. After passing to various descendants, Richard de Rupella was granted the manor in 1249 as a reward for his service as a Knight, and the manor came to be known as Rokele's Manor. In 1414, Watton fell under John, Lord Roos of Hamlak, and by 1462 the manors were owned by Richard Rosse and Robert Wessingham.