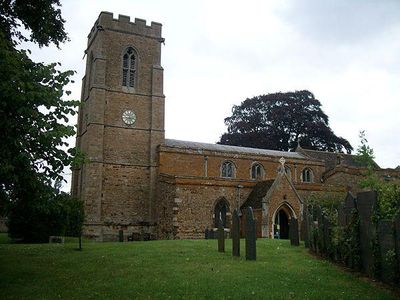 Welford is a village and civil parish in England, on the River Avon border between Northamptonshire and Leicestershire. At the 2011 census, the population was 1,043.
It is on the main A5199 road connecting Northampton and Leicester and, being halfway between the two, was an important stagecoach stop. The A5199 is known as the 'Welford Road' for much of its length. It is close to the junction of the two major motor routes in England - the M1 motorway and the M6 motorway - and is 1½ miles north of Junction 1 of the A14, which connects that junction with the east of England.