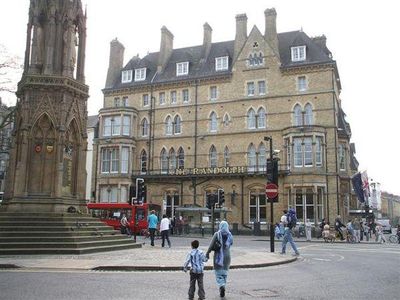 The Randolph Hotel is a 5 star hotel in the heart of Oxford, England. It is on the south side of Beaumont Street, at the corner with Magdalen Street, opposite the Ashmolean Museum and close to the Oxford Playhouse. The hotel's architecture is Victorian Gothic in style.

The hotel featured in the Inspector Morse television series several times, in particular in the episode entitled "The Wolvercote Tongue". The cast stayed at the hotel during filming in 1987 and there is now a Morse Bar. It was also in episodes of the Morse followup, "Lewis".