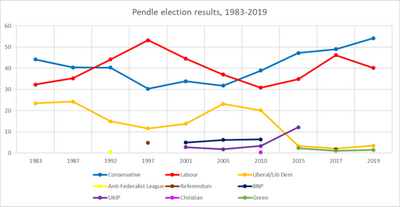 Pendle is a constituency represented in the House of Commons of the UK Parliament since 2010 by Andrew Stephenson, a Conservative. The constituency was newly created for the 1983 general election, being largely formed from the former Nelson and Colne Constituency.