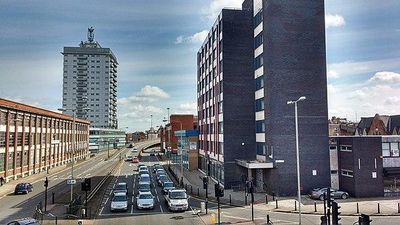 Leicester LEH-ster) is a city and unitary authority area in the East Midlands of England, and the county town of Leicestershire. The city lies on the River Soar and close to the eastern end of the National Forest. It is to the north-east of Birmingham and Coventry, south of Nottingham, and west of Peterborough.

The 2016 mid year estimate of the population of the City of Leicester unitary authority was 348,300, an increase of approximately 18,500 from the 2011 census figure of 329,839, making it the most populous municipality in the East Midlands region. The associated urban area is also the 11th most populous in England and the 13th most populous in the United Kingdom.