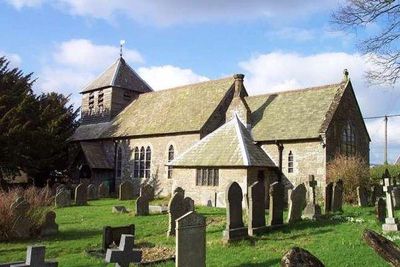 It lies to the west of the Long Mynd and between the village and the hill range is the dispersed settlement of Prolly Moor. The village itself is situated atop a hill, which rises to 269 metres above sea level, with the Criftin Brook to the east and the River East Onny to the west. The nearest towns are Church Stretton and Bishop's Castle, the village of Asterton lies 1 mile to the south east of the village.

There is a parish church and two public houses: the "Crown" in the village itself and the "Inn on the Green" which is in a hamlet, just outside the village, by the River East Onny called The Green.