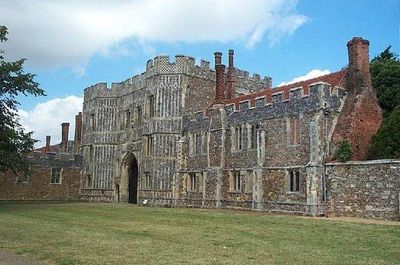 St Osyth is an English village and civil parish in the Tendring District of north-east Essex, about 5 miles west of Clacton-on-Sea and about 12 miles south-east of Colchester. It is located on the B1027 road. The village is named after Osgyth, a 7th-century saint and princess. Locally, the name is sometimes pronounced "Toosey". St Osyth is claimed to be the driest recorded place in the United Kingdom.

Before being renamed to commemorate St Osyth, the village was called Chich , from an Old English word meaning "bend", in reference to St Osyth Creek. Later, the manor of Chich in Essex was assumed as part of his royal demesne by the Danish King Canute, who granted it to Earl Godwin, and by him it was given to Christ Church, Canterbury. At the Conquest it was transferred to the Bishopric of London.