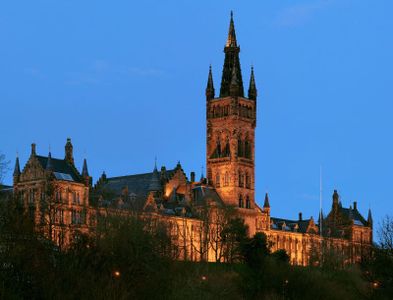 The University of Glasgow (Scottish Gaelic: Oilthigh Ghlaschu, Latin: Universitas Glasguensis) is the fourth-oldest university in the English-speaking world and one of Scotland's four ancient universities. The university was founded in 1451 and is often ranked in the world's top 100 universities in tables compiled by various bodies. In 2013, Glasgow moved to its highest ever position, placing 51st in the world and 9th in the UK in the QS World University Rankings.