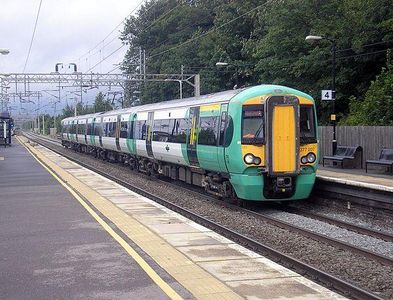 Hemel Hempstead is a historic town, later developed as a new town, in Hertfordshire, England. Located 24 miles northwest of London, it is part of the Greater London Urban Area. The population according to the 2001 Census was 81,143, and at the 2011 census was 97,500.
Developed after the Second World War as a new town, it has existed as a settlement since the 8th century and was granted its town charter by King Henry VIII in 1539. It is part of the district of Dacorum and the Hemel Hempstead constituency. Nearby towns are Watford, St Albans, Hatfield and Berkhamsted.

The settlement was called by the name Henamsted or Hean-Hempsted in Anglo-Saxon times and in William the Conqueror's time by the name of Hemel-Amstede. The name is referred to in the Domesday Book as Hamelamestede, but in later centuries it became Hamelhamsted, and, possibly, Hemlamstede. In Old English, -stead or -stede simply meant "place" , such as the site of a building or pasture, as in clearing in the woods, and this suffix is used in the names of other English places such as Hamstead and Berkhamsted.