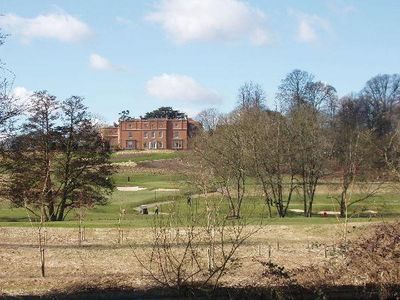 The Grove is a large hotel in Hertfordshire, England, with a 300–acre private park next to the River Gade and the Grand Union Canal. It touches on its north-west corner the M25 motorway and remains a small part in Watford. The estate is situated within three different settlements; most of the land and all of the mansion itself are in the civil parish of Sarratt, and also in the ecclesiastical parish of Langleybury, while the estate lies within the post town of Rickmansworth.

Originally built as an English country house on the site of a medieval manor house, The Grove served as the family seat of the Earls of Clarendon , the Villiers family, from 1776–c.1920. Since its Georgian construction, The Grove has been altered and extended four times by a number of noted architects, including Surveyor of the King's Works, Robert Taylor.