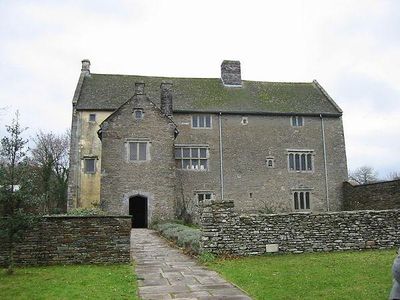 Llancaiach Fawr Manor is a Tudor manor house near the village of Nelson, located just to the north of the site of the former Llancaiach Colliery in the heart of the Rhymney Valley in South Wales. The semi-fortified house was built on the site of an earlier medieval structure, either on top of the previous dwelling or possibly incorporated within the eastern end of that building. It is a Grade I listed building and is now best known as the home of Colonel Edward Prichard , who hosted a visit by King Charles I of England in 1645.

Llancaiach Fawr Manor was at one time thought to have predated the Acts of Union between Wales and England of 1536 and was talked about in John Leland’s Itinerary of 1537. The manor house is thought to have been built in about 1530 for one Dafydd ap Richard. . However, dendrochronology results indicate a felling date for the roof timbers of 1548–1565, later than was originally thought.