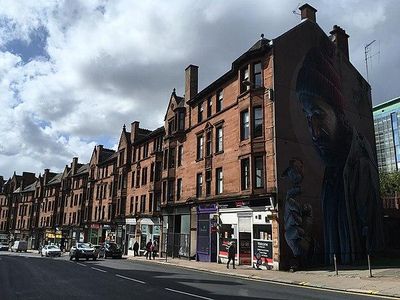 High Street is the oldest, and one of the most historically significant, streets in Glasgow, Scotland. Originally the city's main street in medieval times, it formed a direct north-south artery between the Cathedral of St. Mungo in the north, to Glasgow Cross and the banks of the River Clyde. The High Street now stops at Glasgow Cross, with the southern continuation being the Saltmarket.
In 1246 the Dominican Order established a monastery on the east side of the street, hence the existence of Blackfriars' Street. From 1460 to 1870, the original buildings of the University of Glasgow were located at the junction of High Street and Duke Street, before moving to Hillhead in the West End. The site was then turned into the College Goods yard by the City of Glasgow Union Railway, before it was closed in 1968 in the wake of the Beeching Axe. The derelict wall of the goods warehouse still faces onto this section of Duke Street as it was incorporated into the Collegelands development.