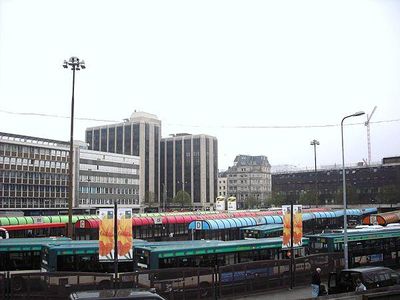 Cardiff Central bus station was the main bus transport interchange in the Cardiff city centre until it closed on 1 August 2015. With 34 stands, it was the largest bus station in Wales. It was located adjacent to Cardiff Central railway station forming a major interchange. Construction of a new bus station on the site of the former NCP multi-storey car park in Wood Street adjacent to the old bus station is due to begin early in 2018 with an expected date of completion in Spring 2023.
The station used to handle the vast majority of bus and coach services that run in and through the city. Notable exceptions were Megabus services , Stagecoach South Wales route 122 and EST route 89 .