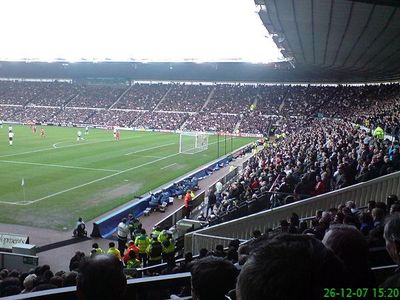 Pride Park Stadium is an all-seater football stadium in Derby, England, that is the home ground of English Football League club Derby County. With a capacity of 33,597, it is the 16th-largest football ground in England and the 20th-largest stadium in the United Kingdom. Located on Pride Park, a business park on the outskirts of Derby city centre, the stadium was built as part of the commercial redevelopment of the area in the 1990s. Derby County have played at the ground since it opened in 1997 as a replacement for their former home, the Baseball Ground. Due to sponsorship, the venue was officially known as the iPro Stadium between 2013 and 2016.

Pride Park has hosted two full international matches, England v. Mexico in 2001 and Brazil v. Ukraine in 2010, and several England under-21 matches. It was also the venue of the 2009 FA Women's Cup Final.