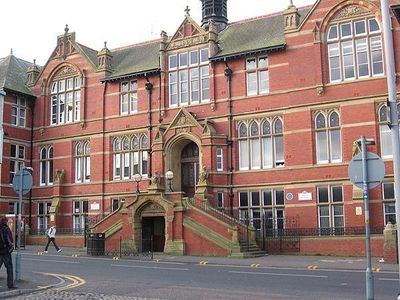 The University of Central Lancashire is a public university based in the city of Preston, Lancashire, England. It has its roots in The Institution For The Diffusion Of Useful Knowledge founded in 1828. Subsequently, known as Harris Art College, then Preston Polytechnic, then Lancashire Polytechnic, in 1992 it was granted university status by the Privy Council. The university is the 19th largest in the UK in terms of student numbers.
The Institution for the Diffusion of Knowledge was founded in 1828 by Joseph Livesey's Temperance Society. The society was born from a pledge made by seven Preston working men to never again consume alcohol.