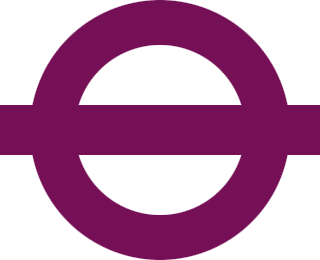 Croxley is a London Underground station located on Watford Road in Croxley Green, Rickmansworth, Hertfordshire, on the Watford branch of the Metropolitan line. It is the only intermediate station on the branch between Moor Park, on the main line from Baker Street to Amersham, and the terminus at Watford.

Croxley station opened on 2 November 1925 as "Croxley Green" on the Metropolitan Railway's extension to Watford with lines connecting both Rickmansworth and Moor Park. However, this led to confusion as there was another Croxley Green opened by the LNWR in 1912, so it was renamed to "Croxley" in 1949. There had been shuttles running to and from Rickmansworth stations regularly but was withdrawn in January 1960, later reinstated in 1987 but only one in early morning and late evenings each way. The shuttles to Rickmansworth were later extended to Amersham following the introduction of the longer S8 Stock trains.