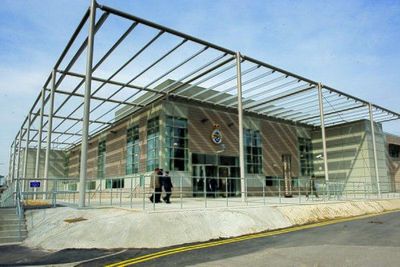 Northwood Headquarters is a military headquarters facility of the British Armed Forces in Eastbury, Hertfordshire, England, adjacent to the London suburb of Northwood. It is home to five military command and control functions:

The headquarters is on the grounds of Eastbury Park. In 1938 the Royal Air Force took over the site for the use of RAF Coastal Command which made use of the Eastbury house and also created a network of underground bunkers and operations blocks. The house was used as an Officers' Mess though it was subsequently damaged by fire.