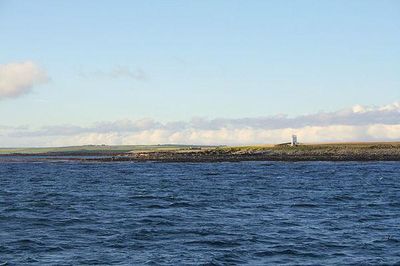 Papa Stronsay is a small island in Orkney, Scotland, lying north east of Stronsay. It is 74 hectares in size, and 13 metres above sea level at its highest point. After being largely abandoned, the island was bought at the end of the 20th century by traditionalist Catholic monks of the Sons of the Most Holy Redeemer, who operate a monastery and farm there.