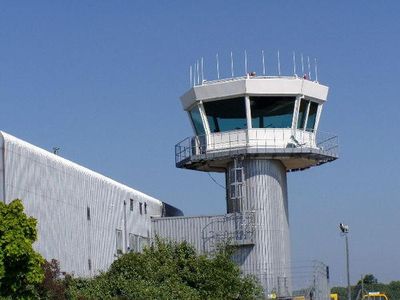 Southampton Airport is an international airport on the edge of Southampton, Hampshire in the United Kingdom. The airport, most of which is just across the border in the Borough of Eastleigh, is 3.5 nautical miles north-north-east of central Southampton.
The airport handled nearly two million passengers during 2016, an 8.8% increase compared with 2015, making it the 18th busiest airport in the UK. Southampton Airport has a CAA Public Use Aerodrome Licence that allows flights for the public transport of passengers or for flying instruction. The airport is owned and operated by AGS Airports which also owns and operates Aberdeen and Glasgow Airports. It was previously owned and operated by Heathrow Airport Holdings .