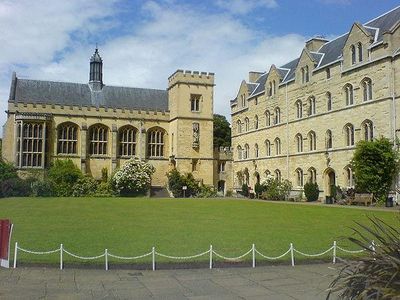 Pembroke College is one of the constituent colleges of the University of Oxford in England, located in Pembroke Square. The college was founded in 1624 by King James I of England, using in part the endowment of merchant Thomas Tesdale, and was named after William Herbert, 3rd Earl of Pembroke, Lord Chamberlain and then-Chancellor of the University.
Like many of Oxford's colleges, Pembroke admitted its first mixed-sex cohort in 1979, having previously accepted men only. As of 2019, Pembroke had an estimated financial endowment of £63 million. Pembroke offers the study of almost all the courses offered by the university.