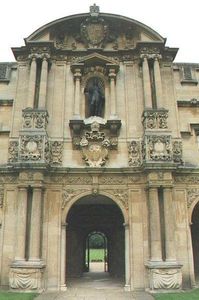 St John's College is a constituent college of the University of Oxford. Founded as a men's college in 1555, it has been coeducational since 1979. Its founder, Sir Thomas White, intended to provide a source of educated Roman Catholic clerics to support the Counter-Reformation under Queen Mary.

St John's is the second wealthiest college in Oxford , with a financial endowment of £573 million as of 2019, largely due to nineteenth century suburban development of land in the city of Oxford of which it is the ground landlord.