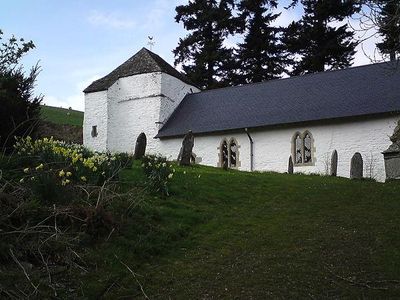 The Battle of Bryn Glas, was fought on 22 June 1402, near the towns of Knighton and Presteigne in Powys. It was a great victory for the Welsh under Owain Glyndŵr, and it resulted in the prolongation of the Welsh war of independence and the destabilisation of English politics for several years afterwards.

Owain Glyndŵr's war of independence occurred against a background of instability in the English monarchy. King Richard II of England had become alienated from many of the nobles, and had been overthrown by Henry Bolingbroke, the Duke of Lancaster, who became Henry IV of England. In Wales and the Welsh Marches, there were still many supporters of the deposed Richard, who died in captivity in 1400. In that year, Reginald Grey, 3rd Baron Grey de Ruthyn, a supporter of the new King Henry, had unlawfully seized some of Glyndwr's lands and falsely caused charges of treason to be brought against him. In response, Glyndwr declared himself the true Prince of Wales, and began a rebellion.