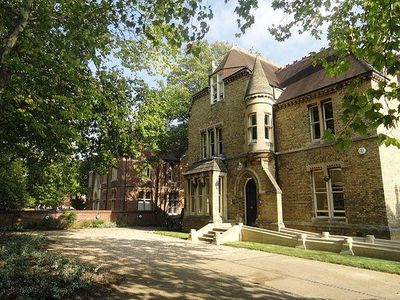 Kellogg College is a graduate-only constituent college of the University of Oxford in England. Founded in 1990 as Rewley House, Kellogg is the university's 36th college and the largest by number of students. It hosts research centres including the Institute of Population Ageing and the Centre for Creative Writing, and is closely identified with Lifelong learning at Oxford.

As with most of the university's graduate colleges, Kellogg College has an egalitarian spirit which is reflected by a lack of formal separation between fellows and students. The college has no high table and, uniquely among Oxford's colleges, its grace is in Welsh. It is also unique in having its own tartan.