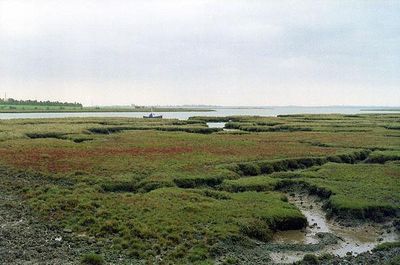 The Battle of Maldon took place on 11 August 991 AD near Maldon beside the River Blackwater in Essex, England, during the reign of Æthelred the Unready. Earl Byrhtnoth and his thegns led the English against a Viking invasion. The battle ended in an Anglo-Saxon defeat. After the battle Archbishop Sigeric of Canterbury and the aldermen of the south-western provinces advised King Æthelred to buy off the Vikings rather than continue the armed struggle. The result was a payment of 10,000 Roman pounds of silver, the first example of Danegeld in England.

An account of the battle, embellished with many speeches attributed to the warriors and with other details, is related in an Old English poem which is usually named "The Battle of Maldon". A modern embroidery created for the millennium celebration in 1991 and, in part, depicting the battle, can be seen at the Maeldune Centre in Maldon.