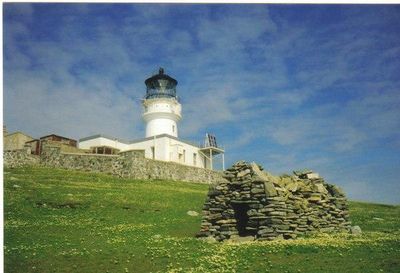 The Flannan Isles or alternatively, the Seven Hunters are a small island group in the Outer Hebrides of Scotland, approximately 32 kilometres west of the Isle of Lewis. They may take their name from Saint Flannan, the seventh-century Irish preacher and abbot.
The islands have been devoid of permanent residents since the automation of Flannan Isles Lighthouse in 1971. They are the location of an enduring mystery that occurred in December 1900, when all three lighthouse keepers vanished without trace.