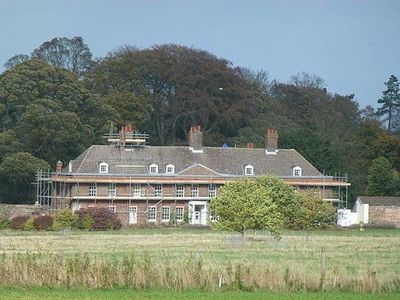 Anmer Hall is a Georgian country house in the village of Anmer in Norfolk, England. It is 12 miles northeast of King's Lynn, 2 mi east of the Queen's residence at Sandringham and 2 mi west of Houghton Hall. Anmer Hall was a wedding gift to the Duke and Duchess of Cambridge from the Queen.
The current house was built in the 18th century and has formed part of the Sandringham estate since 1898. The house was registered as a Grade II* listed building in 1984 but was later de-listed.