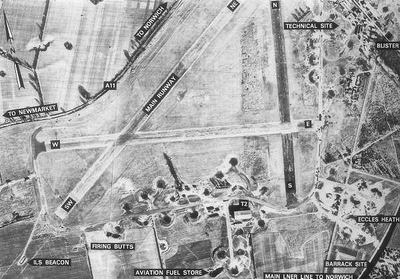 Snetterton Circuit is a motor racing course in Norfolk, England, originally opened in 1953. Owned by Jonathan Palmer's MotorSport Vision organisation, it is situated on the A11 road 12 miles north-east of the town of Thetford and 19 miles south-west of the city of Norwich. The circuit is named after the nearby village of Snetterton to the north-west of the circuit, although much of the circuit lies in the adjoining civil parish of Quidenham.
The circuit hosts races from series including the British Touring Car Championship, British Formula Three Championship and British Superbike Championship. From 1980 to 1994, the track hosted the UK's first 24-hour race, the Willhire 24 Hour. From 2003 to 2013 the Citroen 2CV 24 Hour Race was held at Snetterton on the 200 Circuit.