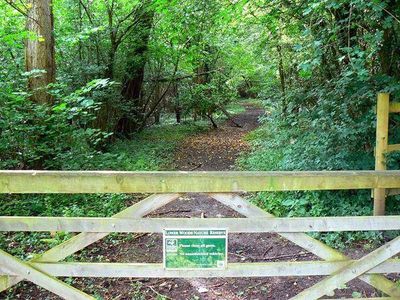 Lower Woods is a 280.1-hectare biological and geological Site of Special Scientific Interest near the village of Wickwar, South Gloucestershire, notified in 1966 and renotified in 1985. The site area has increased at last revision in 1974 to a 284.1-hectare site. The site is a nature reserve managed by the Gloucestershire Wildlife Trust.

Lower Woods are the most extensive area of ancient woodlands and seminatural woodland in the former county of Avon and now in South Gloucestershire. It is one of the largest ancient woodlands in the south-west of England and covers some three square kilometres. There are three waymarked trails and over sixty miles of paths, rides and wide grassy 'trenches' .