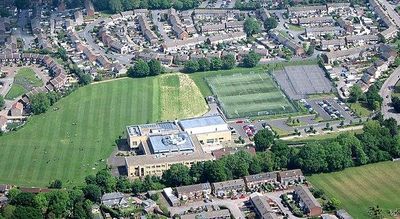 Yate Academy is a secondary school located in the town of Yate in South Gloucestershire, on the outskirts of Bristol, England. It was founded in 1953.

In 2007, Rob Gibson, the headteacher of The Ridings High School was invited by the DCSF to consider a move to academy status as the Lead sponsor in a Hard Federation, incorporating King Edmund Community School in Yate. As a result, in September 2009, The Ridings Federation of Academies was established with two independent academies, Winterbourne International Academy and Yate International Academy . Gibson became the Chief Executive Principal of the Federation and the Statutory Headteacher of both academies. This changed in 2015 when the academy introduced the new Chief Executive Principal Beverley Martin. In 2017 Yate International Academy left The Ridings’ Federation of Academies and joined the Greenshaw Learning Trust. The school is now known as Yate Academy, with Isobel Ambrose as Principal.